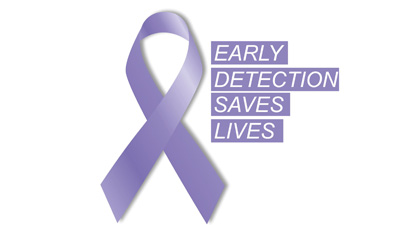 Not just the numbers have increased, the age of incidence of cancer is also markedly low today, causing a sense of alarm among doctors and experts

Increasing urbanization, lifestyle changes, high levels of industrial and environmental pollution and the inadvertent entry of chemicals in the human food chain are factors that are spurring an alarming rise in cancer incidence in India.

Not only have the numbers of several cancers increased in recent years, but in an alarming trend, the average age of incidence has also reduced drastically in recent years. According to recent trends, we see more than 12 lac patients a year in India more than half of whom are diagnosed in advanced stages.

While there is no comprehensive data to suggest the increase in cancer incidence in Pune, clinical evidence estimates a rise of 3 to 4 per cent every year in the number of cases diagnosed over the past decade.

There is no doubt that cancer incidence has increased and cancer is becoming commoner than it was thought to be a few decades ago. Another trend observed is the falling average age of incidence. In India average age at diagnosis is approximately being 5 to 10 years lower as compared to western countries. Also, many of these malignancies are biologically more aggressive as compared to western patients and hence outcomes are a little less favourable.

While most common cancers in men are head and neck cancers, in females cervical and breast cancers are in majority. With rapid urbanization and change in lifestyles, breast cancer is rapidly becoming more rampant as compared to cervical cancer, especially in urban areas where women are delaying marriages and pregnancies.

Many contributing factors contribute to the increased incidence of cancer. Traditionally incidence of cancer was high in the western world. However, today developing countries like India are also experiencing a spike in numbers of the disease. Change in dietary habits from traditional to western, increasing intake of processed/ preserved/packaged foods and decreasing consumption of raw vegetables are fruits are factors that are being recognized as probable risk factors. Another hazardous factor is dangerous industrial and environmental toxicants that are rampant in our air and water bodies and find their way into our fruits and vegetables. Excessive use of pesticides also pollutes fruits and vegetables, as does the use of chemicals that is used for artificial ripening of the fruits and vegetables.

The causes of rising cancer incidence include lifestyle changes, industrialization and urbanization and increased smoking, tobacco and alcohol addictions among both sexes. Early age of menarche, late menopause, late childbearing, less or no breastfeeding are factors that increase women’s risk of suffering from breast cancer. Breast cancer has already become leading cancer among women in urban areas where such lifestyle changes have occurred in the past 2 decades as compared to rural areas where cervical cancer incidence still remains higher than breast cancer.

Lack of awareness is one of the leading challenges faced by India in fighting cancer. A majority of diagnoses in India happen in advanced stages (stages 3 or 4) unlike the West where regular screenings have ensured that most cases are diagnosed in early stages and treated. Delay in diagnosis often means that a treatable disease becomes untreatable. Many people, especially in rural areas, tend to see local medical practitioners who might lack sufficient knowledge of the disease or fall for people selling ayurvedic medicines, due to lack of education and awareness.

According to the World Cancer Report 2014, commissioned by the International Agency for Research on Cancer (IARC), WHO’s research body, Cancers figure among the leading causes of mortality worldwide, with approximately 14 million new cases and 8.2 million cancer-related deaths in 2012. While the 5 most common cancers among men in 2012 were lung, prostate, colorectum, stomach, and liver cancer; among women the 5 most common sites diagnosed were breast, colorectum, lung, cervix, and stomach cancer.

What is scary is the estimate that cases are expected to rise by about 70% over the next 2 decades, something that calls for urgent attention on prevention and lifestyle modification. WHO believes that around one-third of cancer deaths are due to the 5 leading behavioural and dietary risks which are High body mass index; Low fruit and vegetable intake; Lack of physical activity; Tobacco consumption; Alcohol intake

A sedentary lifestyle that includes lack of exercise, eating junk foods, inadvertent use of chemicals in foods can increase the risk of cancer. Therefore, adopting such as regular exercise, eating food on time, intake of nutritional food, quitting habits like smoking and alcohol can help in preventing cancer.

Yes, many if not all cancers can be prevented by following lifestyle modifications: 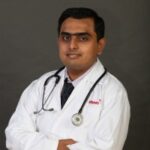