Everything You Should Know About Pregnancy Myths and Facts 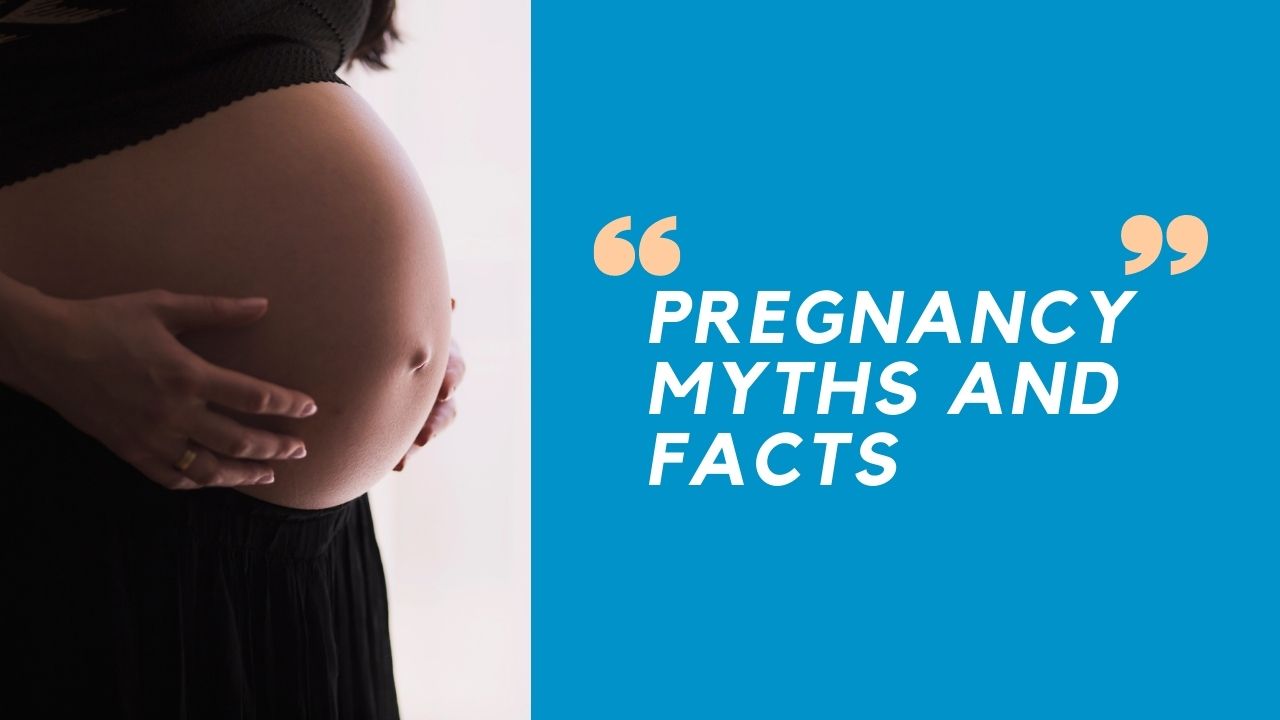 Some of this advice and tips work well for both, but some sayings have no scientific conclusion. There are many myths related to pregnancy that have been governing women for ages.

One must always look for an explanation of these ideas. In the article below, we will discuss some of the myths related to pregnancy along with the facts.

Myths and the facts to combat them

Pregnancy myths can have various adverse effects on a woman’s health. Therefore, women need to know what these myths are. Pregnant women must know the medical reason behind them before believing any of the myths.

Following are some pregnancy myths:

Myth 1: A pregnant woman should eat double the quantity

Many people believe that pregnant women should eat double the quantity of food for the baby and themselves. It is false. A baby gets all the energy and nutrients from the food a mother eats.

Also, overeating can cause various issues, so women must avoid it. However, calorie intake increases automatically when a woman is pregnant, and she craves it. In the second semester, you can take in an addition of 350 calories.

Myth 2: Exercising during pregnancy can hurt the baby

Myth 3: Cats are a bad omen

In many traditions, it is believed that cats are evil, and therefore pregnant women must avoid interfering with them. But, the truth is cats are natural creatures, just like other animals, and they cause no such superstitious harm to anyone.

However, street cats are dirty, and people must wash their hands after patting them. Also, its feces and urine can be infectious, so maintain hygiene if you have a cat at home.

It is another old myth that restricts women from consuming tea and coffee during pregnancy. Having a limited quantity of coffee will never harm the baby. However, you must limit the consumption of excessive caffeine in a day.

Teen pregnancy is still a taboo in most places, and people think it is rising dramatically. Teen pregnancy, also called adolescent pregnancy, happens among women who are below 20. It is true that at one time, teen pregnancies were on the rise. However, the present scenario is quite different as teen pregnancies have decreased to a great limit. A report from the CDC states that there has been at least a 7% decrease in these rates.

Myth 7: Heartburn is related to hair growth in babies

There is hardly any evidence of this saying, as it cannot be proved medically. Pregnant women face issues of heartburn which can arise out of many factors like hormonal imbalance, etc. However, it is still not proved that excessive heartburn would mean that the baby will have thick hair is still a myth.

It is one of the famous myths related to the diet of pregnant women. Elder women from later generations think that as fish contains mercury, it can be harmful to the baby. On the contrary, fish must be consumed during pregnancy because it contains various other nutrients like omega fatty acids, proteins, calcium, etc. However, pregnant women must look after the preparation of fish as a very spicy preparation may tend to cause other issues.

Myth 9: Certain fruits should be avoided as it causes miscarriage

It is an old saying that cooling fruits and vegetables should be avoided as it can cause a miscarriage. Avoid fruits like cucumber, green bananas, and citrus foods. There is no proven study that shows that they are harmful. If you have any doubts, talk to your dietician.

Women tend to become nervous during pregnancy after listening to all these myths. Such myths create confusion, and women get irritated. It becomes crucial to have the proper knowledge to stay informed. It is always advisable to ask the doctor before believing in such sayings and accept them.

If you have any queries, talk to a doctor. Believing such myths without having proper knowledge can be harmful.