What is Trigeminal Neuralgia?

Often called the Suicide Disease, trigeminal neuralgia pain may range from sudden, severe, and stabbing to a more constant, aching, burning sensation. In Trigeminal Neuralgia, severe pain starts on one side of the face. Any light or normal touch can act as a trigger for an episode of intense facial pain such as shaving, washing the face, putting on makeup, brushing teeth, eating, drinking, talking, or even the feeling of cold air on the face.

The attacks often worsen over time, with fewer and shorter pain-free periods before they recur. Eventually, the pain-free intervals disappear and medication to control the pain becomes less effective. The disorder is not fatal but can be debilitating.

At the initial stage, the diagnosis is quite difficult. Many people go to the dentist or psychiatrist. Once this is diagnosed, medications are started that numb the nerves. These are the same medicine given for Epilepsy.

But it is of no use because instead of working on that nerve, it works on the entire nervous system, which makes the nervous system numb and reduces the patient’s memory, which makes the patient even more upset. So they do not understand what is the treatment options they should consider. So first before knowing about treatment let us know about causes of Trigeminal Neuralgia

The most common cause of classic Trigeminal Neuralgia (TN1) is due to blood vessel pulsating against the trigeminal nerve at the brainstem.

The best treatment for this is Microvascular Decompression (MVD Surgery) in which blood vessel is removed away from the nerve with the help of a neuro microscope. A Teflon sponge is placed in between the nerve and the blood vessel which prevents the pulsation on the blood vessel close to the nerve.

Remember! This condition can be cured, the only thing is people are not aware of the treatment options. The final decision of opting for the treatment is up to the patient. Please be aware of this problem. Its specialized center is based in Pune which is working on this subject for the last 15 years. We appeal to help people to diagnose this problem and get treated. 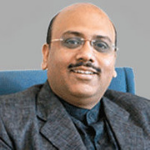 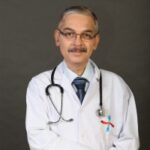