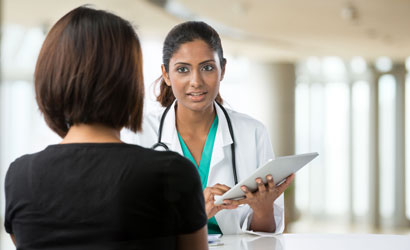 Cancer remains one of the leading causes of death worldwide. With the emergence of new types of cancer and increase in number of new cases of cancer in the world, it’s been predicted that by 2020 the death toll due to cancer will increase to 12 million.

In the recent past, it has been noticed that gynecological cancers are affecting women worldwide and in India. These cancers originate and affect reproductive organs such as Cervix, ovary, uterus, vagina and vulva. Due to limited knowledge amongst youth & women worldwide, these cancers are usually termed as “Silent killers”, women are often unaware of the signs and symptoms associated with these cancers and do not catch them until it is too late.

Unfortunately, screening tests (PAP smear, HPV testing, VIA/VILI) are available only for cervical cancer. For other gynecologic cancers, the only way is to recognize the early warning sign is by consulting a gynecologic oncologist immediately.

As we are aware, that the key to preventing complications related to cancer, is early detection and hence consultation with a gynecologic oncologist becomes important for females who have multiple risk factors such as obesity, being HIV positive, women who have never conceived or someone who has had multiple sexual partners or significant family history of cancer.

It has been studied in the past that Human papillomavirus (HPV) is the most common viral infection of the reproductive tract that could lead to cancerous cells. However, a vaccine is now available that can be given to young females preferably in their teens.

Gynaecological cancer treatment is witnessing a paradigm shift from conventional treatment protocols and surgeries to tailored approach for individual cases.

Some of the cancers originating in the reproductive organs can now be managed by conservative surgeries (Organ preserving surgeries such as uterus or ovarian preservation depending on the type pf cancers) eg. Radical Trachelectomy.

Thus, it is important to consult a gynecologic oncologist while dealing with any kind of cancers in females.