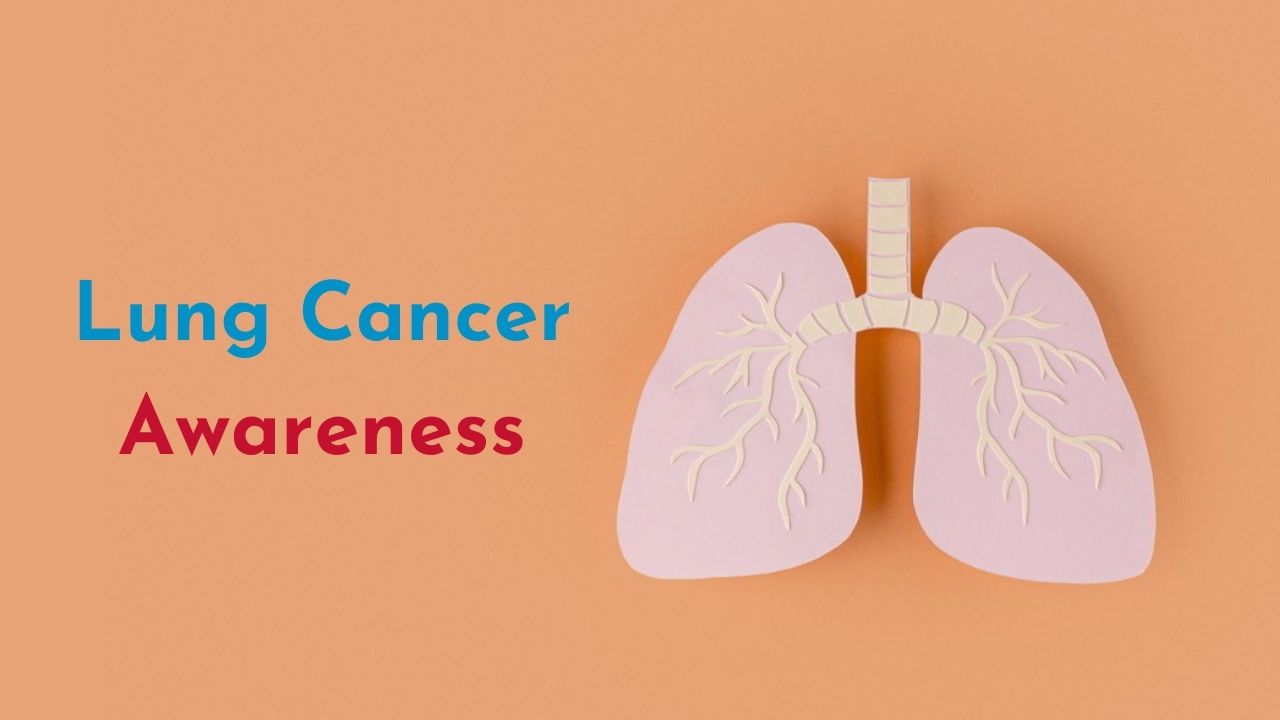 November is Lung Cancer Mindfulness Month! In spite of the fact that critical progresses have been made within the treatment of progressed malady within the current genomic and immunotherapy insurgency, lung cancer proceeds to be the foremost common sort of cancer universally accounting for around one in five cancer deaths around the world, lung cancer claims an estimated 1.69 million lives yearly.

In India, lung cancer causes more deaths each year than breast, prostate, and colorectal cancers combined. Long-term dynamic smoking and long exposure to natural carcinogens increment the hazard of developing lung cancer. Certainly, those of us who work in thoracic oncology are well mindful that lung cancer could be a dangerous illness, but more work to teach the common public is required.

Despite information gaps with respect to the health care burden and side effects of lung cancer, open mindfulness of the connect between tobacco use and lung cancer shows up to be tall. In truth, the affiliation of lung cancer with smoking is the basis for the stigma of lung cancer. This disgrace exists in spite of information showing that approximately 15% of patients with lung cancer are never-smokers.

High levels of mental trouble and decreased quality of life have been ascribed to stigma. Patients may dodge or delay looking for treatment and may be hesitant to reveal their sickness, indeed to family individuals. Diminished social back, lower quality of care, and less subsidizing for investigate compared with those for other cancer sorts have all been connected to the disgrace of lung cancer.

Who ought to observe themselves and how?

Ladies who are for the most part passive smokers and at obvious the effectively smoking ones are to be at caution to the ruddy signals of influenced lungs. The foremost self-evident related indications, are a diligent cough in spite of medicine, blood in sputum, shortness of breath amid effort, alter in voice tonality and excess unintentional loss of weight. Most of these indications stay torpid for a long time and patients tend to reach a specialist late as it were after it gets to be painful due to spread within the bones and other organs.

In our country where tuberculosis is endemic, it gets to be troublesome to recognize the side effects which causes advance delay in conclusion and treatment. Timely mediation with a tissue biopsy through bronchoscopy or scan direction can offer assistance in early discovery and treatment for disease control.

Lung cancer screening with a low-dose CT scan in high-risk populations, such as individuals who are 50+ with a history of smoking a pack a day for 20 or more years, decreases lung cancer mortality by more than 20%. “But there’s no superior alternative to quit smoking at any stage in life to spare yourself from this killer disease.

While counseling patients for prevention of Lung cancers, I came over numerous Myths of Lung Cancer that I would like to burst cloud off::

1. Is lung cancer seen only amongst Smokers?:

That isn’t redress, and tragically, it’s a really destructive myth and causes stigma. Agreeing to the CDC, around 10–20% of individuals with lung cancer never smoked or have smoked less than 100 cigarettes in their lives. Each year, around 7,300 deaths from lung cancer are among nonsmokers, the CDC reports, and a assist 2,900 are from radon exposure.

2. There’s no way to diminish the risk:

There are a few ways to decrease lung cancer hazard – To begin with and first is smoking avoidance and smoking cessation. For anyone who is attempting to grant up smoking, here are a few evidence-based tips to assist – limiting exposure to used smoke, which is now and then is called passive smoking. Nonsmokers who are exposed to used smoke at domestic or at work increment their chance of developing lung cancer by 20–30%.

No, that’s not genuine. Although more than half of individuals analyzed with lung cancer are more seasoned than 65, Increasingly more youthful people underneath the age of 50 are getting lung cancer, especially women

4. Living in a polluted city is more regrettable than smoking for lung cancer hazard:

There is nice evidence that contamination produced by traffic increases the hazard of lung cancer. For occasion, the creators of a meta-analysis that explored this conclude: “Exposure to nitrogen dioxide, nitrogen oxide, sulfur dioxide, and fine particulate matter were emphatically positively emphatically related with a hazard of lung cancer. Occupational exposure to air contamination among proficient drivers altogether expanded the rate and mortality of lung cancer.” Be that as it may, comparisons between pollution and smoking are harder to form. Living in contaminated cities could be a hazard calculate, but no one knows for beyond any doubt whether it is more awful than the utilize of tobacco items, and the combination may well be indeed more regrettable.

I accept cannabis speaks to a hazard figure, but we require more long-term studies. Epidemiological evidence for an affiliation between cannabis and lung cancer is constrained and clashing. One of the troubles in considering this affiliation, is that individuals who smoke cannabis frequently smoke tobacco, as well. This makes teasing apart the impacts of each factor more challenging.

7. In the event that you have got lung cancer, you’ll as well proceed to smoke:

This isn’t genuine. Nearby the myriad benefits of stopping smoking, Individuals with lung cancer who stopped smoking have distant better prognosis.

No, lung cancer surgery does not make lung cancer spread. Lung cancer surgery is prompted in early arrange lung cancer. At this stage, it can cure the cancer. In the event that a tumor is large or has loco-regional spread, adjuvant treatment, such as chemotherapy or immunotherapy some time recently surgery, will assist decrease chance of having cancer cells within the blood. Too, clinical inquire about has appeared that this approach draws out survival and diminishes the chance of dying.

Talcum has not been related with higher chance for lung cancer. A few studies have appeared a somewhat higher chance in individuals who are included in powder mining and preparing, but it isn’t clear whether it is since of the mineral or other things underground known to cause lung cancer, such as the radioactive gas radon.

10. If I had lung cancer, I would have symptoms:

Thankfully, usually moreover wrong. When healthcare experts distinguish lung cancer early, it encompasses a cure rate of more than 60%. Indeed lung cancer analyzed in more advanced disease today has a much better potential for long-term survival in certain situations. Progress in therapy and outcomes for patients with advanced lung cancer that has specific genetic mutations, which can be targeted by specific therapies, has been tremendous over the last decade.

Since cancer prevention agents play an vital part in securing our cells from DNA harm that may incorporate cancer-causing transformations or other genomic variations from the norm, a few clinical studies have been performed, but tragically, most fizzled to illustrate any conclusive protection against lung cancer in a clinical setting. There are a couple of studies showing that a few dietary cancer prevention agents, like carotenoids and vitamin C may secure against lung cancer, but the results in general are to some degree equivocal. More particular considers in well-defined smoking populaces are required as well as studies of ‘dosages’ of antioxidants.

13. Smoking is the only risk factor for lung cancer:

Treatment for lung cancer depends on the type, stage, as well as the overall health of the patient. Possible treatments include – surgery, chemotherapy, radiation therapy, and targeted therapy. You must visit a doctor if you or anyone in your family shows any persistent symptoms of concern. Finding lung cancer earlier and getting the required treatment immediately can help improve the patient’s quality of life.