Fight against Cancer with Precision Medicine 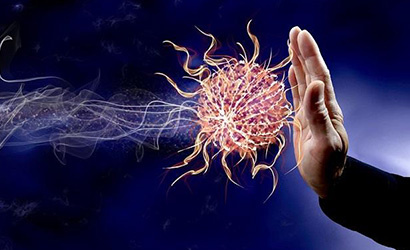 Precision medicine is an approach to patient care that allows doctors to select treatments that are most suited for patients, based on the genetic understanding of their disease. It is also referred to as personalized medicine. It has been observed that every patient responds differently to treatments despite having the same type and stage of cancer. After decades of research, scientists have now understood that there are genetic changes associated with patients’ tumors that cause the disease to grow and spread.

A young 35-year old lady, a PhD research student, was diagnosed with triple negative breast cancer in 2018. She was treated with mastectomy followed by chemotherapy and radiation. She had a strong family history and was tested positive for BRCA mutation. Post treatment, she had a thorough genetic counselling along with regular follow-ups. A year later, she complained of headache and vomiting. We did an MRI brain scan and discovered that she had multiple brain metastases (4 lesions in the brain). We investigated further and found 2 tiny lung nodules which were picked up by the PET/CT. She was absolutely devastated on learning about the recurrence. She was young and had a 2-year old baby.

Her treatment began with the most advanced form of radiotherapy along with Stereotactic Radiosurgery (SRS) of the brain. We put her on Olaparib capsules, a targeted drug for BRCA mutated patients. 6 months later, her MRI scan revealed reduction in the size of the brain lesions and PET/CT showed that her lung lesions had disappeared. She is pursuing her PhD and is back to her routine with minimal complications.

A few years ago, we would not have been able to do anything except Whole Brain Radiotherapy (WBRT). However, WBRT is more toxic and affects the memory and learning ability It also leads to hair loss. Luckily, things have improved drastically since then. Research, newer evidence and innovations have paved the way for more advanced forms of radiation such as Sterotactic Radiosurgery. It’s a day care, blood less surgery with radiation which treats only the tumor, sparing most of the normal brain tissue. 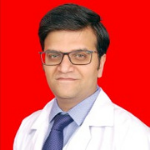