Home > Blogs > Oncology > Surgery for stage 4 cancer: The Science and the Reality

Surgery for stage 4 cancer: The Science and the Reality 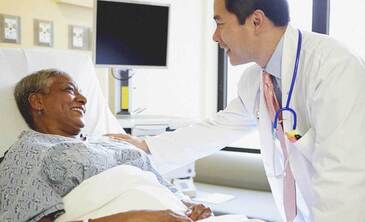 The diagnosis of stage 4 cancer has traditionally been associated with dejection, depression and the fear of being diagnosed with a terminal stage of this illness. But, could there be a silver lining in this cloud of darkness?

A cancerous tumor in the body is staged according to the universally used ‘American Joint Committee for Cancer’ classification; of which stage 4 usually denotes a state in the body where the cancer has spread to other organs, referred to as metastasis in medical terminology. This stage of cancer has been deemed incurable since the early part of the 19th century.

Advances in the field of medicine, especially in cancer research and technology in the last two decades, have now given a ray of hope in an otherwise ‘terminal’ stage. Two scientists by the name of Hellman and Weichselbaum proposed a theory known as ‘An Oligometastatic state’. They proposed that even if the cancerous tumor has spread beyond the primary organ, there still may be a chance that the disease is limited to only a few sites in the body, which may still be amenable to surgical treatment, and hence, a cure!

In the last two decades, researchers have time and again demonstrated that this concept may actually be true; and every year, new data emerges to fortify this idea. Strong data has emerged about the treatment of lung and liver metastasis in colon and rectal cancers, i.e. cancer starting in the colon or rectum and having spread to the lung or liver. Major liver resections performed in patients with liver-limited disease have been shown to contribute to long term survival in selected patients. Lung resections for tumors which have spread to the lungs have also become commonplace, especially after the advent of thoracoscopy, which is a method of ‘keyhole surgery’ performed in the thorax to remover the tumour. It is done with minimal pain and discomfort.

The scope of technology is ever – expanding and helping us to provide a new lease of life to patients who had lost hope. However, like any new knowledge, one must use it judiciously and be a realist about what is actually possible. After all, the Hippocratic Oath does state, “First, do no harm”. 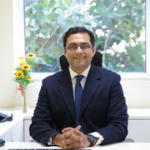